Tracking suicide data in your community 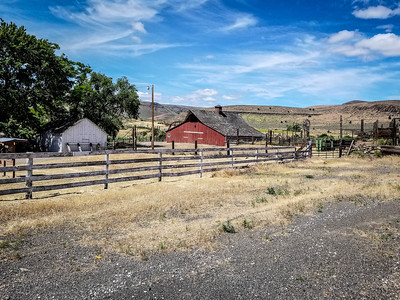 For all of these reasons, you cannot rely exclusively on national data to understand your community. Once you have a sense of which populations at elevated risk for suicide are present in your community by understanding overall demographics, you can use state- and local-level suicide trend data as well as qualitative data to further hone in on your community’s risk profile.

Where can you find suicide data to support planning in your community? The tool below from the Suicide Prevention Resource Center can be used to determine where you might find the data you need. In this tool, you will be asked to answer questions about a variety of parameters, including the type of data you need, whether you need information on youth or adults, and whether you need information at the national, state, or local level. Based on your answers to these questions, the tool will generate suggested data sources. Several types of suicide data might be available about your community, including suicide deaths, suicide attempts, suicidal ideation, and risk and protective factors for suicide.

This resource from the Suicide Prevention Resource Center defines each of these data types.

Some communities use locally available data to direct resources to the populations and geographies with the highest level of need. The New York City Department of Public Health monitors suicidal ideation and behavior through its syndromic surveillance system, which reviews emergency room data from 57 hospitals throughout the city. This data is used to identify clusters of risk by zip codes and trends by demographic groups. The city also relies on vital statistics data and reports from the medical examiner to track and monitor deaths by suicide. These data allow public health officials to identify increased risk for key demographic groups or emerging contextual factors that might be contributing to deaths.

The California Department of Public Health (CDPH) Injury and Violence Prevention Branch (IVPB) is one of nine recipients of the Comprehensive Suicide Prevention Program Cooperative Agreement award from the Centers for Disease Control and Prevention (CDC). The grant program’s goal is to reduce suicide morbidity and mortality by 10% over five years. The CDPH used county-level data, including suicide rates and rates of emergency room visits for self-harm, to identify 13 California counties with rates of suicide deaths and emergency-department visits for self-harm that were higher than state rates.* Although some large urban counties had the highest frequencies (i.e., counts) of suicide deaths, these 13 mostly rural counties had the highest suicide rates in the state (i.e., percent of people out of the total population who died by suicide). The program will support implementation of evidence-based suicide prevention strategies by providing training and technical assistance to the 13 counties, and by providing local assistance funding for two to three of those counties to implement prevention strategies. The program will also monitor the suicide morbidity and mortality using statewide and county-level data. Depending on the counties’ needs and interests, they will specifically focus on such strategies as reducing access to lethal means through safe storage, identifying people at risk through healthcare provider education/trainings, and reducing provider shortages in underserved areas through telemental health or teaching coping and problem-solving skills.

Go to next section

Photo Credit: CC by CAJC in the PNW