Making Connections sites across the US host community events this Veterans Day to support vets, their families

As Veterans Day approaches, we’re highlighting the work of the national Making Connections for Mental Health and Wellbeing Among Men and Boys initiative, which includes veterans among its populations of focus. Military members and veterans don’t just experience war, loss, injuries, and fear during service. Their social connections are disrupted when they are deployed, and again when they are discharged home. They return to communities where most people are not able to relate to their experiences, and they experience trauma-related symptoms at a disproportionate rate.

In light of this reality and as part of the Making Connections initiative, a community coalition in the rural Farmington Valley region of Connecticut is bringing together veterans, community members and youth, people with mental health conditions, and their family members to promote healing, resilience and community cohesion.  “We spent a lot of time looking for non-traditional therapies for veterans dealing with post-traumatic stress disorder and other mental health problems,” said Justine Ginsberg, project lead of the coalition, called Resilience Grows Here. “For us, the idea of creating the space was most important.” They landed on the idea of creating a community garden as a starting place, and already, the garden is cultivating essential connections.

At one recent community event, a man who had served in Iraq and been medically discharged 12 months earlier attended with his wife and two small children as a “last hope”, Justine recalled. “... the wife was at her wit’s end. [The veteran] had had eight separate appointments with psychiatrists, all of which had fallen through. He had refused to seek any further treatment. He was having nightmares, he was having flashbacks, he had anxiety that was off the charts…They came on Friday and he was just accepted into the fold. We paired him with another member of our peer committee, a younger vet, and at the end of the evening this young man came up to us and said, ‘I think I’ve found my space.” And his wife gave me the most enormous hug and said, ‘I think tonight you saved my husband.’” 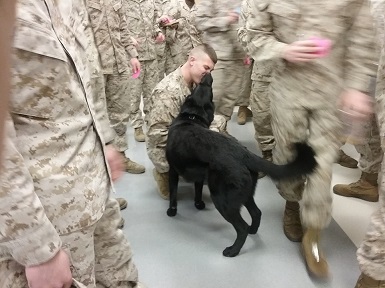 Farmington Valley is one of 16 Making Connections coalitions around the nation that is working with veterans, their families, and other community members to develop strategies to enhance the community conditions that influence mental wellbeing. The coalitions are part of the Making Connections for Mental Health and Wellbeing among Men and Boys initiative, funded by the Movember Foundation and coordinated by Prevention Institute.

The Connecticut coalition engaged veterans in a planning process, which has provided a compass for activities moving forward. For Veterans Day, the coalition planned a welcome home celebration for Vietnam veterans. “We looked at the needs of [our community’s] Vietnam veterans and that was the biggest one: they were never officially welcomed home,” said Ms. Ginsberg. The event will include music from the local high school; a community meal; and a birthday celebration for the coalition’s hugely popular veterans’ service dog, Anzac.

Other Making Connections sites that are honoring veterans this Veterans Day and beyond include: 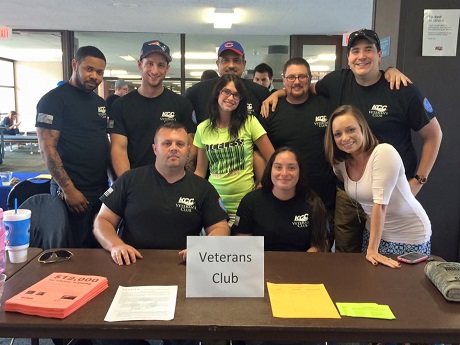 - The Making Connections coalition at Kankakee Community College in Illinois will celebrate the grand opening of a Veterans Resource Center on campus on November 10th, several years ahead of schedule.

The center was established more quickly due to student veterans’ enthusiasm and advocacy for a safe space to gather and work. “When we got the Making Connections grant, it generated so much energy and excitement around veterans that we were able to take it to another level,”  said Project Lead Cari Stevenson, a professor at the college. Among the key advocates were 10 student veterans who attended the Student Veterans of America National Leadership Conference as part of the coalition’s Making Connections work, where they have an opportunity to network, build leadership skills, and learn from their peers about issues relevant to student veterans. 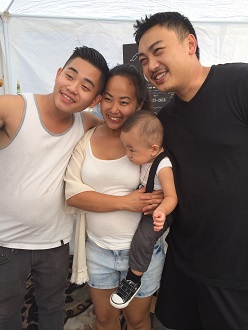 - In Stockton, California, the Community Healing Project is connecting younger and older generations of Hmong, and using the power of cultural traditions to help heal traumas experienced in the Vietnam War and in resettling in the U.S. Lao Family Community Empowerment, Inc. (LFCEI) and its partners, including Lao Veterans of America, also are advocating for Hmong who fought in the Vietnam War to receive the same recognition and benefits as other veterans in the U.S. Project Lead Ger Vang of LFCEI said the coalition is opening -- and shifting-- the conversation around mental wellbeing. “We are working with the different communities throughout the Central Valley to educate and also to create alternatives, to change their thinking, their norms, and the cultural stigma so they feel more comfortable seeking mental health treatment and getting prevention and early intervention.”

- In South Carolina’s Coastal Region, a coalition led by HopeHealth is exploring opportunities to expand training so more veterans in the community can serve as peer supports. The coalition found that isolation and suicide risk were two of the top concerns identified by veterans in the five rural counties where they are working. In response, the partnership is finding ways to connect and equip more veterans in the community to support one another. “We saw that veterans want to invest in each other, and give back,” said Project Lead Sallie Bachman of HopeHealth.

- The Nebraska Association of Local Health Directors is working with 16 local health departments that serve a majority of people in the state to ensure that the health departments are VetSET, meaning they have appropriate competencies to serve and meet the needs of veterans.  In a rural state where geographic isolation is an added challenge, strategies that support resiliency and wellbeing including connecting veterans to provider resources, establishing a local point of contact for families, and creating a “no wrong door” policy across the entire system of public health partners. The partnership intends to lift up these strategies as a national model to inform federal policy for larger impact. As part of Making Connections, the partnership is also engaging the family members of veterans, a previously invisible population. “Veterans and their families across Nebraska are dispersed and they really need a bigger community than what the siloed community of military and veteran service providers can be,” said Project Lead Susan Bockrath of Nebraska Association of Local Health Directors “We want to bring these folks and experiences out of the shadows.” 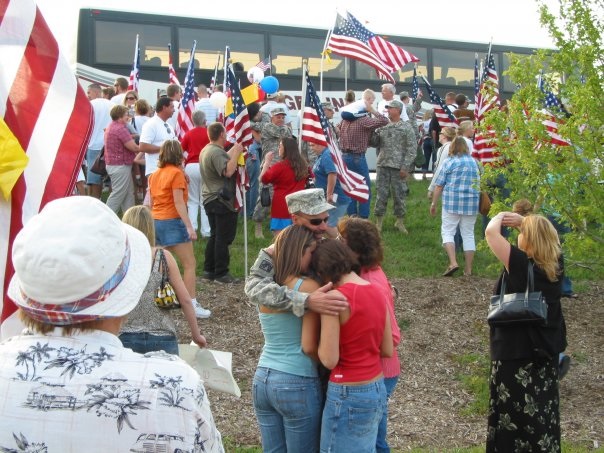 Working with veterans to address community conditions such as isolation and limited economic and educational opportunities can help promote wellbeing, and connect veterans with the mental health resources and support they need, when and where they need it, in ways that they help design. As Veterans Day approaches, let’s remember how important it is to create and maintain communities that both welcome and support our veterans.

Making Connections for Mental Health and Wellbeing Among Men and Boys is a national initiative to transform community conditions that influence mental wellbeing, especially for men and boys of color, veterans, and their families. Sixteen communities across the U.S. are developing and activating strategies to enhance their sociocultural, physical/built, and economic and educational environments. The Movember Foundation is funding the work; Prevention Institute is providing coordination, training, and technical assistance; and a team from the University of South Florida is evaluating progress and outcomes.