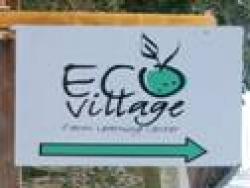 Founded in 2002, EcoVillage Farm was envisioned as a model for growing healthy youth and healthy communities. EcoVillage Farm Founder and Executive Director, Shyaam M. Shabaka, explains, "People are an important part of the environment and we want to broaden the range of people involved in environmental and social justice work to include urban residents and people of various cultural backgrounds."

Located near North Richmond, California, the goal of EcoVillage Farm is to develop urban youth, and involve their families in an urban movement. EcoVillage's programs and initiatives specifically target the North Richmond community, largely home to persons of color and low-income families.[1] Approximately 24 percent of families live below the poverty level.[1] For years, this community has also been plagued with high rates of violence. To make matters worse, Chevron Corporation's oil refinery in the located in the neighborhood, and is one of the largest polluters in the state.[2] Rates of asthma in Richmond are already double the U.S. national average.[2]

In the Beginning: Planting a Seed
After retiring in 2000 from a career in public health in the City of Berkeley, Mr. Shabaka initiated the Strong Roots program in South Berkeley. This initiative involved engaging youth in creating and maintaining community gardens. The project was a success as it kept the youth engaged in a pro-environment activity in which they could feel a sense of pride and satisfaction. One important outcome Mr. Shabaka noticed was that the children who participated in Strong Roots stayed out of the criminal justice system. Ultimately, the Strong Roots program resulted in the creation of eight community gardens. Unfortunately, after two years, the owner of the plots on which the gardens grew wanted to sell this land. Mr. Shabaka realized that the current model was unsustainable.

The achievements made through Strong Roots gave Mr. Shabaka the momentum to explore more sustainable and durable options for engaging youth while also impacting the local food system. However, he still needed land to support his vision of creating an urban farm. Fortunately, a supportive friend lent him five and a half acres of land to continue to engage youth in farming-related activities. After approximately one year, Mr. Shabaka was able to buy the land himself, with the help of the Earth Island Institute, Trust for Public Land, and California State Coastal Conservancy. 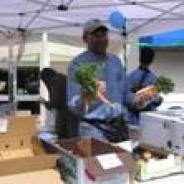 Growing the Movement
The work ahead was not going to be easy; Mr. Shabaka not only faced the daunting task of creating infrastructure on the site but also had to simultaneously begin developing the youth programs. Looking back, Mr. Shabaka comments "At the beginning of this work, I would encounter questions from community members: Why do you want to take kids out of school to do environmental work? This made me apprehensive. I wondered how I was going to do this kind of work if people perceived it negatively." However, Mr. Shabaka strongly believes that children learn better through experiential learning: "learning by doing", as he calls it. Over the past 8 years, EcoVillage Farm offerings have grown to include a trail with native plants that is open to the community, a section dedicated to raising honey bees, and farming plots growing tomatoes, oranges, and pumpkins, among other crops. The farm is surrounded by two creeks that are used for community watershed education.

Youth Engagement
EcoVillage has targeted over 5,000 children from the local schools and neighborhoods. The farm employs youth, particularly low-income youth, in internships to harvest the seasonal produce. For most of the youth, farming is new, but nearly all enjoy it and like the hands-on nature of the work. From installing solar panels on the farm to taking care of animals to harvesting crops, EcoVillage Farm teaches and empowers youth with skills that help them lead healthy lives and also to benefit the community-at-large. In particular, youth programs at EcoVillage are aimed at building confidence in the youth so that they can believe they can achieve their dreams and start giving back to society. Mr. Shabaka explains though that it is hard work, "It's not recess; it's the hardest worksite these children will ever set foot on. EcoVillage teaches them to work hard, eat well, and be healthy. The final reward is that they want to come back." 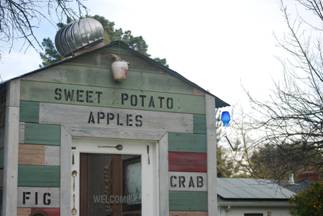 Increasing Access to Healthy Foods
EcoVillage contributes to changing the local food system in many ways. Richmond is located in Contra Costa County, in which a recent study found that 61% of all retail food outlets are fast-food [3]. Supermarkets, produce stores, and farmers markets are scarce. To begin improving access to healthy foods, one of the first steps identified by Mr Shabaka was doing a youth-led assessment of the stores in the neighborhood and listening to the residents' concerns. Since that initial scan of the food environment, Mr. Shabaka has supported the development of multiple gardens at local schools and community sites. He has also partnered with Kaiser Permanente to host a farmers' market on their property. In addition, EcoVillage has sustained a community supported agriculture program (CSA), through which 250 subscribers receive a shipment of fresh fruits and vegetables each week. Even the County Office-which is highly supportive of EcoVillage-receives boxes of fruits and vegetables. EcoVillage Farm is also part of the Kaiser Permanente Healthy Eating and Active Living Collaborative. The collaborative targets four sectors: schools, worksite, health care, and community. Mr Shabaka is the co-chair of the community sub-committee. The collaborative has membership from the county, the city, many businesses, Richmond's Mayor, and the school lunch program. One of their initiatives is expanding CSA delivery to the regional Social Security office.

Preventing Violence
All of the Eco Village's programs are heavily tied to efforts to prevent violence. According to Mr. Shabaka, "EcoVillage Farm is a neutral turf where youth from different walks of life can get to know each other. The more the youth get to know each other, the less likely they are to cause harm to one another." A fair amount of youth that come to work at EcoVillage Farm are referred from the criminal justice system. "It's a mixed bag really," says Mr Shabaka, stressing the fact that the youth working on his site are from different backgrounds and bring with them different experiences.

EcoVillage also runs a mentorship program with the Helms Middle Schools in the City of San Pablo. This program matches special needs students with peer mentors from Richmond High School. Mr. Shabaka often uses creative ways to teach children on-site and at local schools about the importance of healthy eating: he loads an old-fashioned wagon with fruits and vegetables and tells them the story of George Washington Carver. Carver, an African American educator and agriculture researcher, encouraged farmers to grow alternative crops such as peanuts and sweet potatoes both as a source of their own food and as a source of other products to improve their quality of life.

From the Ground Up

In From the Ground Up, Shyaam Shabaka, Founder and Executive Director of EcoVillage Farm, shares his story on the importance of meeting youth "where they are."