The Power of Greening: Philadelphia, Pennsylvania 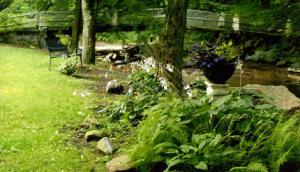 With an alarming amount of vacant lots present within their city, the Pennsylvania Horticultural Society (PHS), along with other community and municipal partners, have developed a program to clean, green, and maintain these vacant lots in order to improve their community and health. In order to provide evidence that improvement of these vacant lots has positive effects on the community and health, PHS began a 10-year long longitudinal study comparing vacant lots against treated lots.
The study began in 1999, when the PHS started to green vacant lots, which entailed removing trash and debris, grading the land, planting grass and trees, and installing low wooden post-and-rail fences. From 1999 to 2008, nearly 4,500 vacant lots had been restored. PHS returns a number of times each year in order to maintain these treated lots, ensuring the sustainability of their program and their mission.

The study consisted of comparing treated lots versus untreated control lots. With information provided by the Philadelphia Police Department on crime rates as well as community-level health data provided by the Philadelphia Health Management Corporation, this program developed a statistical design to measure various health and safety outcomes before and after the lot was treated, and compared this to untreated vacant lots.

The program's conclusions supported the idea that the greening of vacant lots can strongly improve the quality of communities and their health. Results reveal that greening is linked to significant reductions in gun assaults across most of Philadelphia and significant reductions in vandalism in one section of the city. Because vacant lots are often ‘havens' for criminals to convene, the greening of lots makes these spaces more inaccessible to criminals due to fact that these spaces are now places that the neighborhood looks after.

The program also found that vacant lot greening led residents in certain sections of the city to report significantly less stress and more exercise. The improved vacant lots helped the neighborhood feel more like a safe place and provided a safe space for residents to be more physically active and engaged. A surprising discovery was that acts of disorderly conduct-encompassing various violations and nuisances-increased. However, PHS theorizes that these green spaces now act as a place for community gatherings, which just increases the opportunity for crowd-based nuisances. Also, increased community interest in maintaining and preserving their green spaces may have increased calls to police and arrests for disorderly conduct.

This program acts as a good model for other cities throughout the United States that are attempting to find a low-cost, high-value approach to improving the built environments of their communities. By greening vacant lots, a community will be able to prevent certain crimes and encourage healthy activity for more people compared to other approaches. This program not only provides an effective and sustainable approach to improving the community, but also creates jobs and increases the property value of the neighborhood.