New York City may seem like a pedestrian's dream: it's walkable, and walking is a very common activity. However, according to Richard Retting, former director of the inaugural Safety Office in the New York City (NYC) Department of Transportation (DOT), "New York City is very unique. It is one of very few cities with more pedestrian fatalities than [motor vehicle] occupant fatalities." One particular thoroughfare—Queens Boulevard—was contributing to many unintentional automobile-related injury and deaths in the early 1980s. Queens Boulevard-the widest street (175-225 feet) in New York City-has more than 60,000 vehicles travel in its 12 traffic lanes each day.[1] The DOT looked at years of crash data and found there were 22 deaths and 18 likely deaths along a 2.5-mile length of the street over a 4-year period.[1] What was most striking is that the fatally injured pedestrians were disproportionately elderly; nearly all were at least 60 years old.[1] 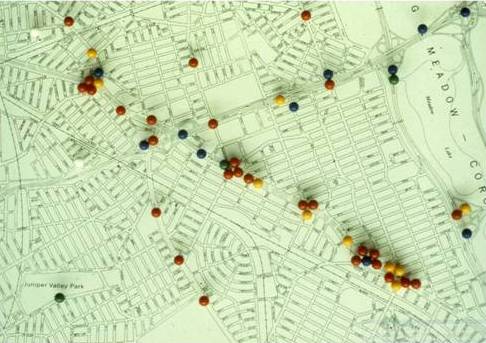 It was no surprise, then, that television and newspaper reports called Queens Boulevard the "Boulevard of Death" and "Killer Boulevard." There was not much thought given to pedestrian safety when originally designing the roadway. Retting says "One only need to see the roadway itself to realize that something is terribly wrong here. Disaster is waiting to happen." Retting was referring to land use: residential patterns lie on one side of the roadway and commercial needs are on the other side. Consequently, Retting says, "On an alarming basis, people were getting killed."

Staff at the NYC Department of Transportation, particularly Retting—then a bright-eyed and bushy-tailed safety engineer in his mid 20s—knew that local action was necessary. Retting collected additional data to assess the needs of the elderly. By looking at seniors' visual acuity and interviewing a purposive sample of older pedestrians, he realized that there was inadequate crossing time. As Retting put it, "there was a tendency for signal time to favor vehicles [rather than pedestrians]." The traffic signal that seniors would have to see to know when it is safe to cross the street was approximately 175-200 feet away (longer than an Olympic sized swimming pool). In some parts of the thoroughfare, this distance could be as far as 225 feet. When asked why they were crossing against the traffic light, one senior responded, "What light?"

Retting recognized a major safety problem and knew that it needed to be addressed in a comprehensive way. Retting relied on high-level leadership to promote change. He went all the way to the top of the agency—to the NYC Traffic Commissioner, Sam Schwartz. Schwartz was someone who Retting knew, if convinced, could support an intervention. Retting relied on data to back up his case: there was a clear and present danger on Queens Boulevard. Moreover, an intervention was necessary and would be effective. From a safety perspective, the DOT had no reason not to make a change. Retting was also able to build and run a new safety office from scratch, thus institutionalizing a focus on safety in the DOT.

Taken together, these strategies cost approximately $150,000 to implement at the time.[1] Though the DOT did the lion-share of the work, the local Community Board of New York City was engaged in the project. Retting and his co-workers initiated many conversations, meetings, and presentations with the board of community residents. The board was very receptive to the initiative and became an active partner. 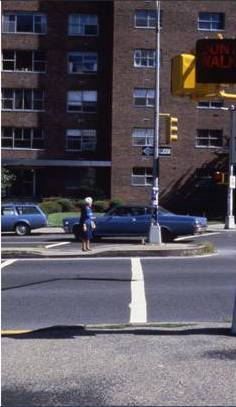 Lessons learned from the Project

Acknowledgement:
This profile would have not been possible without funding from the W.K. Kellogg Foundation. We also wish to acknowledge Richard Retting, Vice President and Director of Safety & Research Services at Sam Schwartz Engineering, for sharing his time and expertise.