Diggs Town , a large low-income public housing project, was built in Norfolk , Virginia in 1950. Like many public housing projects, Diggs Town was built without much thought to constructional character or giving residents a sense of ownership of their community. Instead, Diggs Town appeared bleak-row after row of little box dwellings resting on patches of uncultivated land. Residents were experiencing many problems with violence, unemployment, drug use, and other crime. In 1990, the Norfolk Redevelopment and Housing Authority (NRHA) began the Diggs Town redevelopment project.[1]

The NRHA commissioned Urban Design Associates (UDA) to work with Diggs Town residents in the redevelopment of their community. The thought behind this was that if residents were engaged in the process, they would feel a sense of ownership of their community, and therefore take pride in its maintenance. Additionally, it was thought that the residents themselves would be the best "experts" on the housing project, because they were there every day, and could therefore assist UDA in identifying both the weaknesses and assets of the community. As partners in the redevelopment project, residents expressed the need for front porches-to have space where residence could socialize with each other. 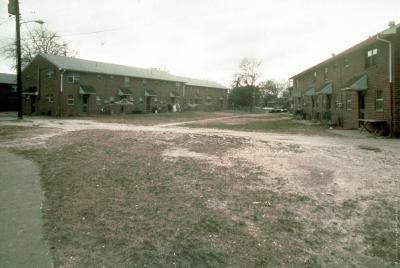 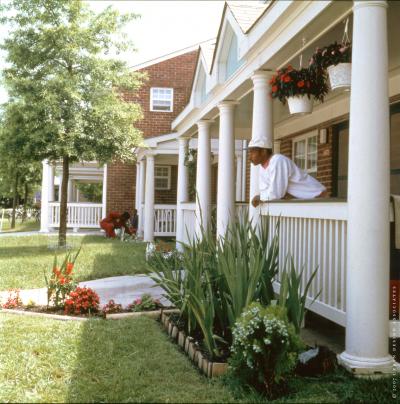 From: THRIVE: Tool for Health and Resilience in Vulnerable Environments