As we move into 2020, we hope you’ll gather inspiration from these success stories and be reminded that you’re part of a movement for change. They are a sampling of the bright spots from 2019 that caught our eye, and we look forward to hearing about other examples you’ve come across.

Martin Luther King, Jr. said, “The arc of the moral universe is long, but it bends toward justice.” At Prevention Institute, we know that everyone’s health, safety, and wellbeing depend on that justice, and we don’t take getting there for granted. We know it will take all of us, together, demanding justice, in order for us to succeed.

That’s why we’re so inspired by the many organizations and individuals who spent 2019 demanding justice so that fewer lives would be harmed and more people, particularly those with less power, would have the opportunity for health, safety, and wellbeing.

As we move into 2020, we hope you’ll gather inspiration from the success stories below and be reminded that you’re part of a movement for change. These are just a sampling of the bright spots from 2019 that caught our eye, and we look forward to hearing about other examples you’ve come across. Happy holidays, and we wish you all health, safety, and wellbeing in the new year! 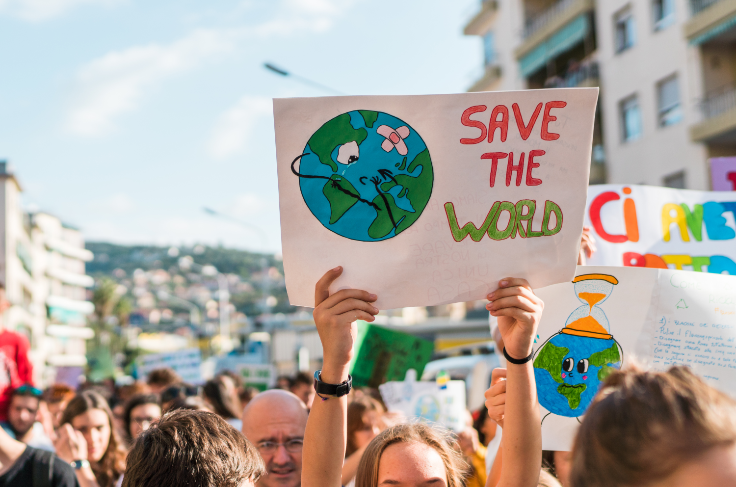 Local victories prioritized ensuring health-promoting conditions in the places where we live, work, play, and learn.

Cleveland forced rental units to become lead-safe
Partners in Cleveland successfully advocated for legislation to prevent lead poisoning, particularly among the city’s most vulnerable residents. The legislation requires all rental units to be certified by the city as “lead-safe” by 2023. Environmental Health Watch’s Kim Foreman, who was just named one of 25 “Cleveland City Champions,” connected policymakers with engaged resident leaders and quantitative data to make the case for policy change. This work influenced Ohio Governor Mike DeWine to make a request to the Centers for Medicare and Medicaid Services that would allow Medicaid dollars to be used for lead abatement activities. That proposal has formally been approved.

Los Angeles opened a countywide Office of Violence Prevention
In April, Los Angeles opened its first Office of Violence Prevention, which received an initial funding allocation of $6 million from the LA County Board of Supervisors. PI worked with the LA County Department of Public Health to lay the groundwork for the office by conducting listening sessions about violence with community-based organizations and faith-based groups, and interviewing subject matter experts, including service providers and survivors of multiple forms of violence. PI also assisted the Department of Public Health in crafting the recommendations that were presented to the Board of Supervisors.

Community organizers won $22 million per year for parks in LA’s park-poor neighborhoods
In March, the LA County Board of Supervisors approved funding guidelines for Measure A, the Safe, Clean Neighborhood Parks and Beaches Measure. Their vote will provide $22 million per year in perpetuity in funding to eliminate park inequities in park-poor, low-income Latino and Black neighborhoods. PI helped secure this victory through a long-term commitment to build and strengthen a network of partners who advocated both for the original legislation and the implementation guidelines to ensure health equity commitments are met. This work is supported by numerous funders, including The California Endowment, the Rosalinde and Arthur Gilbert Foundation, Resources Legacy Fund, and The Nature Conservancy.

Rent control went mainstream
Three states passed statewide tenant protection bills in 2019, and more bills are expected in 2020. In February, Oregon’s governor signed Senate Bill 608, the first statewide rent control policy. It caps rent increases and bans no-cause evictions. In June, New York adopted the Housing Stability and Tenant Protection Act of 2019. According to the National Low Income Housing Coalition, it is “the strongest law protecting tenants in the state’s history.” In October, California’s legislature passed and governor signed AB 1842, which limits rent increases to about 9% per year and prevents landlords from evicting tenants without just cause.

California water fund was a victory for health equity
In a victory for frontline communities and clean water advocates, California lawmakers established the Safe and Affordable Drinking Water Fund, which will pay for improvements to the state’s drinking water system. The fund could provide communities with at least $1.4 billion over the next 11 years. An estimated one million Californians are exposed to unsafe water in their homes, schools, and communities, with communities of color being the most likely to go without access to safe, clean affordable drinking water due to contamination. Access to clean drinking water and sanitation are essential to health.

Wisconsin cities declared racism a public health emergency
In May, Milwaukee, Wisconsin, became the first US city to declare racism a public health crisis. In October, the city of Madison followed suit. The declaration, which was initially adopted by the Wisconsin Public Health Association, notes that more than 100 studies have linked racism to worse health outcomes, and that public health’s responsibilities to address racism include reshaping our discourse and agenda so that we all actively engage in racial justice work. Alexander Gee Jr., the president and founder of the Nehemiah Center for Urban Leadership and Development in Madison, said, “It’s now been proven that the stress caused by the pressures of racism is a leading indicator of health disparities for African Americans.”

California passed new standards to prevent police shootings
A new California law raised the bar for police use of deadly force, encouraging officers to de-escalate conflicts and seeking to hold officers who use deadly force in inappropriate situations accountable. The law also outlined a process to determine whether police officers' actions leading up to the use of deadly forced unnecessarily escalated the situation. Police officers found to have wrongly used deadly force may face termination, civil litigation, or criminal prosecution. Assemblywoman Shirley Weber of San Diego, who authored the bill, said the law "will make a difference not only in California, but we know it will make a difference around the world," initiating a conversation about what states can do to prevent police shootings.

National successes
Efforts at the national level reflected our values of inclusion, equity, and interdependence.

Advocates kept a citizenship question off the 2020 Census
In 2018, the US Census Bureau proposed adding a question about citizenship status to the 2020 Census. This proposal had the potential to create a serious census undercount of immigrants and people of color and could have resulted in these communities losing political representation as well as federal funding for numerous health-promoting, safety-net programs. But, immigrant rights, civil rights, legal advocacy, healthcare, public health, and other organizes fought back—and won. In July, the Trump administration announced it would drop its efforts to add the highly controversial question about citizenship.

Foundations launched the nation’s first Gender Justice Fund
Recognizing that policy change alone will not change harmful norms related to gender—and that culture change is also required—California and national foundations have come together to launch the Culture Change Fund. The Fund’s goal is to “create broad public support for a new way of thinking that puts gender, racial, and economic justice at the heart of the solution to any systemic problems.” The Fund is a joint effort between the Blue Shield of California Foundation, The California Endowment, Women’s Foundation of California, and Philanthropy California, and national funders, including the Compton Foundation, Ford Foundation, General Service Foundation, Hewlett Foundation, the Lefkofsky Family Foundation, and others.

Congress approved funding for gun violence research
For the first time in nearly 20 years, Congressional leaders announced that a bipartisan spending bill will include funding for gun violence prevention research, with $25 million to be split between the Centers for Disease Control and Prevention and the National Institutes of Health. Despite the severity of the gun violence epidemic, the CDC has long been prevented from conducting the kind of research that will support solutions to reduce gun violence. With these funds, the CDC will now be able to begin tracking, assessing, and developing strategies to prevent gun violence, just as we do with other public health crises.

Courts ruled in favor of immigrants
A preliminary nationwide injunction blocked the implementation of a new “public charge” policy that would deny legal residency to immigrants deemed likely to rely on health-supporting government programs such as food assistance, healthcare, and housing assistance, among others. The policy change had been scheduled to go into effect on October 15. The Second Circuit Court is currently deciding if they will affirm this injunction or allow the new policy to proceed. To support the organizations that are working to safeguard the health, wellbeing and dignity of millions of immigrant families, get involved with the Protecting Immigrant Families campaign.

International advocacy reminded us we’re part of a global community in which youth are leading the way toward our shared destiny. 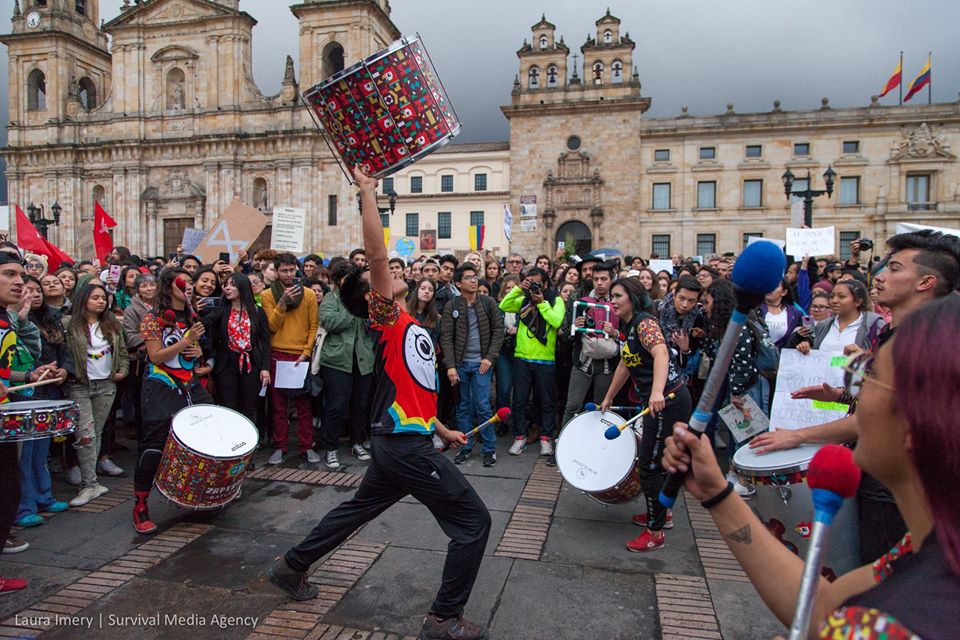 Youth around the world demanded climate action
In September, a record 7.6 million people took to the streets as part of the global climate strike. At more than 6,000 actions in 185 countries, people walked out of their schools, their offices, and their homes to demand action on the climate crisis. In New York, Greta Thunberg told the UN General Assembly that “the eyes of all future generations are upon you, and if you choose to fail us, I say, we will never forgive you.” In December, Thunberg and thousands of other climate activists—led by youth from around the globe—were in Madrid at the UN climate conference pushing world leaders to make decisions that value health, for people and our planet.

#MeToo movement went global
Over the past month, thousands of women around the world and their allies demanded an end to violence against women as part of the 16 Days Campaign. They called on their countries to ratify the International Labour Organization’s new Violence and Harassment Convention, which is the first time that violence and harassment would be included in international labor standards. Protesters in Mexico, Italy, Turkey, Argentina, Sudan, and elsewhere used creative tactics to call for an end to gender-based violence: some marched with red hands painted across their mouths; some displayed red shoes representing the number of femicides in their country; some painted numbers on their hands showing how many women were killed in the past year by current or former partners.