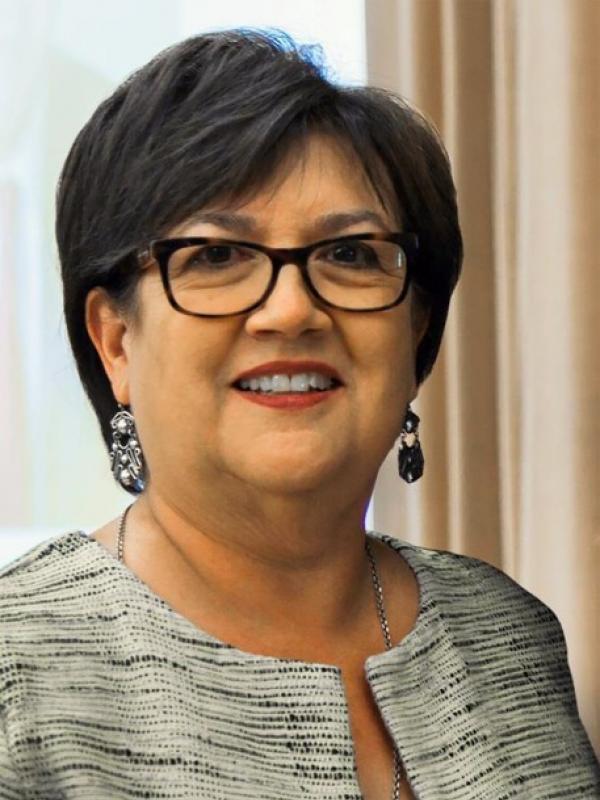 Elva Yañez has been a passionate advocate for social and environmental justice since her days as a student. Her work on prevention is shaped by decades of experience as a leader in community-driven policy and advocacy initiatives in the public health and environmental arenas, including tobacco control and alcohol policy, and local and statewide efforts to increase equitable access to parks and open space.

In 1989, Elva joined the Marin Institute for the Prevention of Alcohol and Other Drug Problems in San Rafael, California, where she designed and implemented a state-of-the-art information system focused on alcohol and other drug problem prevention, including an alcohol industry tracking database. In 1992, as public awareness director and media consultant for East Oakland Fighting Back, Elva helped lead the campaign for a precedent-setting local land-use ordinance that addressed the overconcentration of liquor stores in Oakland and related community-level alcohol problems through comprehensive regulation of their operations. In 1994, as project director of the California Latino Alcohol and Other Drug Coalition, Elva helped organize the first statewide conference on alcohol policy and advocacy initiatives in Latino communities and established a network of Latino activists working in the field of alcohol, tobacco, and other drugs.

“Much of my work has focused on community-driven policy initiatives where success has been achieved by building community capacity and organizational infrastructure in traditionally marginalized communities. I’ve had the good fortune and opportunity to take the lessons learned and best practices from one issue area and adapt and expand upon them in the next.”

Elva spent a decade involved in policy advocacy and campaign work focused on tobacco control. She played a leadership role in developing legislative and advocacy priorities and objectives for Americans for Nonsmokers’ Rights and supported communities throughout the US as they planned and successfully implemented local smoke-free policies. As regional grant liaison officer for the SmokeLess States National Policy Initiative of the Robert Wood Johnson Foundation (RWJF), she provided technical support and assistance on tobacco policy, coalition building, media advocacy, and grassroots organizing to seven statewide coalitions. Serving as deputy director/policy director of the Praxis Project, Elva helped establish another RWJF-funded initiative, Policy Advocacy for Tobacco and Health, which supported local tobacco-control policy initiatives in low-income communities of color.

Following her volunteer involvement in a land-use campaign in her northeast Los Angeles neighborhood, Elva shifted her career focus to environmental health and justice issues. Since 2005, she has applied her policy advocacy and systems change skill set to address the community determinants of health in LA’s most vulnerable communities. These include park inequities, water infrastructure, and overconcentration of polluting land uses, among others. Included among the recent policy victories that Elva has contributed to are:

Elva serves on the California Park and Recreation Commission, appointed by Governor Jerry Brown in 2011. She previously served on the board of the Santa Monica Mountains Conservancy and on the executive committee of the Yes on Prop 84 Campaign, which resulted in the passage of the Clean Water, Parks, and Coastal Protection Initiative in November 2006. The initiative provided $5.4 billion for natural resources.

“It’s essential that I believe in the work that I do, so I appreciate the alignment of Prevention Institute’s values and best practice approaches to prevention with my own.”

After serving many years on Prevention Institute’s Board of Directors, Elva joined the staff as a director in 2015. Based in PI’s Los Angeles office in Leimert Park, her work focuses on integrating primary prevention and health equity into policy and organizational practice through capacity building, policy analysis and advocacy, and strategic planning with community-based partners, government agencies, and funders. Elva is centrally involved in forging and maintaining high-impact partnerships and initiatives around land use, environmental health, and health equity. She facilitates Prevention Institute’s Healthy, Equitable, Active Land Use (HEALU) Network, whose members represent a broad array of topical expertise–including active transportation, parks, affordable housing, safe routes to school, environmental law, and public health–and varying approaches, from grassroots organizing to community development to strategic policy advocacy. The HEALU Network brings together these organizations to examine structural barriers across a range of issues and identify opportunities to fundamentally shift land-use planning policies and practices. Elva also leads projects that examine links between water, health, and equity in the Los Angeles region and opportunities to advance multisector collaboration on community determinants of health in South Los Angeles.

“Land use is an important determinant of health because it shapes communities' access to health-promoting resources, such as jobs, housing, and healthy food, as well as community infrastructure including parks and open space, transportation, and water systems. Too often, however, land-use policies and practices reinforce pervasive, historical health inequities.”

Over the past decade, Elva has received several awards for her work including the Luchadora de la Madre Tierra from Mujeres de la Tierra in 2016; Environmental Justice Advocate of the Year from the Planning and Conservation League in 2009; the Distinguished Leadership Award–Citizen Planner Award of Merit in 2008 from the American Planning Association, Los Angeles Section; and the Northeast Los Angeles Social Justice Award from Occidental College, Urban and Environmental Policy Institute in 2007.

Elva is the author of numerous journal articles, policy briefs, and reports on health equity and public health issues, including these recent publications: A Time of Opportunity: Water, Health, and Equity in the Los Angeles Region (2018) and Healthy Development without Displacement: Realizing the Vision of Healthy Communities for All (2017). She holds Master of Science degree from the University of Southern California School of Library and Information Management, and a bachelor’s degree in Spanish Literature from Mills College.